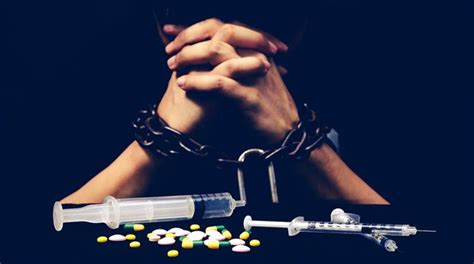 It has already been the deadliest year for opioid overdose deaths in Alberta, as the province recorded an average of 90 deaths per month from January to October.

A staggering 904 people have died according to the latest data released by the province on Friday, which showed 455 of the deaths from accidental opioid overdose took place from July to October.

July was the province’s deadliest month since it began collecting opioid-related mortality data in 2016, with a record-setting spike of 142 deaths.

The previous record for yearly fatalities was 806 in 2018.

If trends continue, the province could see more than 1,000 overdose deaths by year’s end.

“We course-corrected on these in April this year, but these two measures represented a real rupture in treatment programs for people fighting addictions.”

On average, 85 Albertans are dying per month from the novel coronavirus since the pandemic began in March. As of Friday, the provincial death toll reached 815.

Premier Kenney speaks out on opioid deaths in Alberta

The premier added the Canada Emergency Response Benefit (CERB) had the “unintended consequence of significantly increasing the ability of people trapped in addiction to purchase dangerous drugs.”

Kenney said “much more needs to be done” to address fatal opioid overdoses before announcing the government’s new Substance Use Surveillance System , which is expected to provide more timely tracking of substance-related deaths and opioid-related data. It will take the place of quarterly reports.

The system includes information related to emergency department and hospitalizations related to substance use, EMS responses, utilization of supervised consumption services and more.

This new system is among the most comprehensive in Canada and Kenney said it’s “just the start” of his government’s approach to transform care for Albertans with substance use disorders.

He did not announce any new supports to combat climbing opioid-related deaths.

“It’s good to have more information, but information is not a substitute for action,” said Dr. Elaine Hyshka, an assistant professor at the University of Alberta’s School of Public Health. “What we need to see is a meaningful commitment to do what needs to be done to prevent people from dying.”

Hyshka said the premier’s remarks do not accurately illustrate why the province is seeing an unprecedented rise in accidental opioid overdoses.

She said there is little evidence, other than some anecdotal reports in the media, that CERB is driving an increase in overdose deaths during the COVID-19 pandemic — saying so is “simplistic and probably inaccurate.”

“The United Nations Office of Drugs and Crime and other government authorities have indicated that border closures have led to a disruption of traditional drug supply routes,” said Hyshka.

“And, as a result, has made the illegal market much more volatile during COVID-19, so essentially there are much more dangerous and toxic substances in circulation during the pandemic than there was prior to the pandemic.”

This is likely the “main reason” why so many are dying, she said.

Some public health restrictions could be connected to rising opioid-related deaths, such as limited access to community programs and supervised consumption sites, for example, explained Hyshka.

But the temporary closure of residential treatment beds, as Kenney noted, is not likely linked to the increase, she said.

Both medications are prescribed through Alberta’s Opioid Dependency Program.

“In this situation, we really have to recognize that just investing in the same things we’re doing is not going to work. Whether we like it or not, there are a large population of people who are not willing or able to access treatment and they shouldn’t have to risk death every day because of that.”

Kenney’s government remains focused on detox, treatment and long-term recovery programs. The premier has said they will not bolster existing supports , such as supervised consumption services.

It has been almost nine months since the UCP released a report on supervised drug-consumption sites across the province, which they said detailed a “system of chaos” related to an uptick in crime and social disorder and alleged inaccuracies about overdose data.

The future of existing supervised consumption sites, including the lone Safeworks site in Calgary, is uncertain following the government review. The province has yet to take action following the report’s findings.

Heather Sweet, the NDP Opposition critic for mental health and addictions, said the “heartbreaking” overdose numbers are a reminder of the current government’s failure to address the needs of Albertans.

“Jason Kenney has done nothing to help Albertans address the increasing stresses of the pandemic, and the rising use of drugs and alcohol,” said Sweet.

The premier had the opportunity on Friday to increase virtual mental health supports or restore addictions services that have been stripped in the province, such as the virtual overdose response program or injectable opioid agonist treatment programs, she said.

“He chose to do nothing.”

Posted in Cases and Mortality, Cost of Lockdowns
Scroll To Top