Lockdowns around the world are based on rising numbers of positive test results, many of which are likely to be incorrect.

December 1, 2020 (LifeSiteNews) — “Something extremely bogus is going on,” billionaire Elon Musk tweeted two weeks ago, after he had received two negative and two positive coronavirus test results within a day. In fact, even the U.S. government has admitted on multiple occasions that rapid tests for COVID have serious accuracy problems.

On November 3, the U.S. Food and Drug Administration (FDA) released guidelines for COVID-19 rapid antigen testing, acknowledging a high likelihood of incorrect results. The letter stated that medical professionals “should expect some false positive results to occur even when very accurate tests are used for screening large populations with a low prevalence of infection.”

According to the FDA, the accuracy of rapid tests depends almost totally on the amount of COVID-19 in the population being tested. “As disease prevalence decreases, the percent of test results that are false positives increase,” the FDA stated.

“For example, a test with 98% specificity” would accurately screen “just over 80% in a population with 10% prevalence.” More than “20 out of 100 positive results would be false positives,” they said.

The FDA added that “in a population with 1% prevalence, only 30% of individuals with positive test results actually have the disease.” In an area with 0.1% prevalence, positive results from rapid tests would be right merely 4% of the time.

Prevalence rate of COVID has been recorded as low as between 0.0%-1.79% in Idaho and 6.4% in Pennsylvania, for example. The Centers for Disease Control and Prevention (CDC) recently estimated the prevalence rate in the New Orleans metropolitan area to be around 7%.

The FDA detailed additional reasons for rapid testing inaccuracies, including cross-contamination and complications for processing samples in batches. The federal government committed to the distribution 150 million rapid tests this year.

The CDC has echoed the FDA’s recommendations, noting that antigen tests “are not 100% accurate and some false positive results or false negative results may occur.”

“Antibody test results should not be used to determine if someone can return to work” or “to group people together in settings such as schools, dormitories, and correctional facilities,” the CDC stated.

“People who receive positive results on an antibody test but don’t have symptoms of COVID-19 and have not been around someone who may have COVID-19 are not likely to have a current infection” and should “continue with normal activities,” they said.

The CDC had issued similar guidelines in August, which stated that “predictive values are determined by the percentage of truly antibody positive individuals in the tested population (prevalence, pre-test probability) and the sensitivity and specificity of the test.” The same month, a study published in the Journal of Clinical Microbiology determined that rapid tests with 98% specificity deployed in American schools could yield around 800,000 false positives every week. 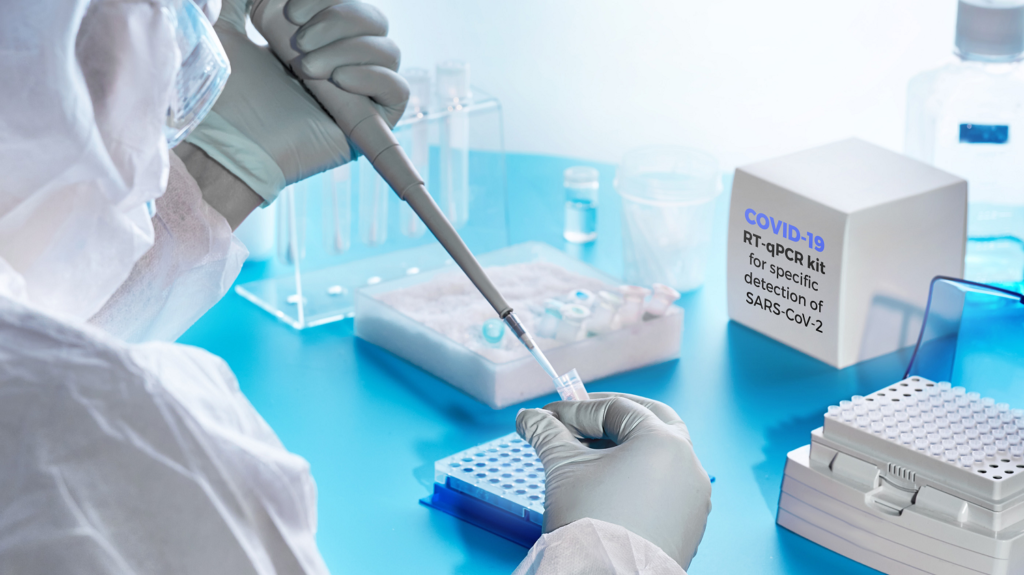 In October, the Health Department of Nevada barred rapid tests in nursing homes after finding that at least 58% of a sample of positive results actually were negative. A Nevada health official cautioned that defective antigen tests pose particular risks for nursing homes residents, who could be “in danger of contracting the virus” by being confined “to a room full of actual positive residents.” The Department of Health and Human Services quickly pressured Nevada into rescinding the ban.

Concerns about the effectiveness of COVID tests extend beyond rapid antigen testing. Another peer-reviewed article from August found that RT-PCR tests result in false negatives in up to 29% of cases. The CDC has touted PCR tests, which work by evaluating gene samples, as the “gold standard” of COVID testing methods.

Nevertheless, on November 17, the CDC highlighted a study showing that screening for a single PCR test only caught 53% of all positive cases of COVID in students returning home from college. The FDA likewise blamed the method of PCR tests when health workers in Vermont discovered that only about 6% of positive results from a sample of antigen tests were affirmed subsequently by PCR. A team of American and British scientists also have claimed that PCR nasal swabs have around 63% sensitivity, while PCR throat swabs have 32% sensitivity. The researchers denied that a “gold standard” for coronavirus tests exists.

The main PCR protocol for testing for COVID has come into question since the journal that published the original article failed for ten months to provide a peer-reviewed report. At the end of November, “an international consortium of life-science scientists” submitted a letter demanding retraction of the paper, calling it “severely flawed with respect to its biomolecular and methodological design.”

An appeals court in Portugal recently deemed PCR testing for the coronavirus to be unreliable. Other legal challenges are pending in Germany, Italy, Switzerland, and South Africa, according to former Pfizer Vice President Dr. Mike Yeadon. Writing for Lockdown Skeptics, Yeadon criticized mass PCR testing in the United Kingdom, warning of “a severe risk of what we call a ‘PCR false positive pseudo-epidemic.’” Last month, a whistleblower exposed massive contamination risks in a major UK testing facility staffed with employees who had “no experience with this sort of facility or handling bio-hazardous.”

New reports of substantial COVID test issues have come as state governments across the country have enacted extreme restrictions on social activities in light of an alleged “fall surge.”

Rhode Island Governor Gina Raimondo (D) decreed a “social gathering limit” two weeks ago, saying, “you should not be spending time socially with anyone you don’t live with — this includes on Thanksgiving.” Oregon implemented a “Two-Week Freeze” on November 18, limiting at-home gatherings to six people, and fully closing businesses deemed “non-essential.” More than a dozen states are pursuing similar policies.

California re-instated a stay-at-home order, banned singing in churches, and recommended that families celebrate Thanksgiving outside. Governor Gavin Newsom (D) energized an ongoing recall campaign against him earlier this month when he was pictured at a party in a high-end restaurant with the CEO of the California Medical Association. Participants were not wearing masks and not socially distanced.

While governors have cited apparently unprecedented numbers of COVID cases and hospitalizations, the reliability of seemingly rising rates remains a live question. Along with the wealth of evidence attesting to failures of COVID testing, other studies have noted that the COVID death rate has dropped by 70% since March and that total U.S. fatalities only have increased by 11,292 compared to 2018.

Posted in Cases and Mortality, Cost of Lockdowns, Masks
Scroll To Top